If you’ve ever viewed a house, you’re probably all too familiar with the process: the nervous wait, the butterflies in your stomach, the hope that this is the one. There’s the even less glamorous side too, where everything that can go wrong does.

As an estate agent with over 80 years’ experience, we’ve run into some odd cases of inappropriate agents and houses with all kind of secrets. Here are some of our favourite stories from around the world.

The agency that left too much to the imagination

As told by Epsomguardian.co.uk, an estate agency’s description of a local property caused quite the stir when they refused to show internal photos of the property. Why you ask? Because of the “owners’ hobby”.

Make of that what you will.

We’re still none the wiser as to what the hobby was, but it sounds intriguing! Rest assured that the houses we show belong to people with more mundane pastimes (or at least those who are able to banish all evidence of them when the viewers come a-knocking).

The tail of house-viewing nightmares

Always good for a story, Dailymail.co.uk uncovered the tale of property-viewing doggy tails. At Lisney, we often advise owners to pack away their pets for the day when they have a viewer coming around as they could be allergic or not a fan of animals.

During a house-showing in the UK, two pet dogs came face-to-face and quite the clash ensued. One dog went flying and ended up in the road, narrowly avoiding being hit by an approaching bus. Despite all the drama, the viewer still bought the house. All’s well that ends well.

You often hear of musicians taking to the stage and shouting out a big hello to the city they’re in. Or at least the city they think that they’re in. He may not have been a rock star, but one estate agent had a similar experience, as told by The Guardian.

According to the couple who viewed the home, the agent appeared to have memorised his pitch, but forgot which house to use it on. "He told us all the normal spiel about heating and wiring etc., then said there was potential for developing or extending the property with a conservatory or adding a loft conversion," the prospective buyer said.

Of course, that wouldn’t quite work out for the property.

Why? Because they were on the third floor of a five-storey apartment block. How not to sell a house!

When the lights go out

While falling fairly firmly into the ‘harmless’ side of things, this story told by Lindsie Tomlinson still counts as quite the disaster for the estate agent involved.

The buyer and estate agent had arranged a tour of a house, but they were running late so it was dark out by the time they got to the house. But even worse, the electricity in the unit had been switched off – which meant the agent and the buyer had to navigate the house with the flashlight app on their phones.

Not exactly great for highlighting the great natural lighting in the house or the vast majority of what it actually looked like!

House photos going viral for all the wrong reasons

Estate agent photos going viral are subject to countless blogs and articles. Badly taken photos or photos with…unusual staging or participants go viral, often for the strangest reasons. At Lisney, our high quality photos and video footage are a key part of how we market our properties, but not all estate agents or property sites are as savvy.

On property site har.com, a set of photos went viral on purpose as the (presumable) homeowner dressed up as a panda for his photoshoot. 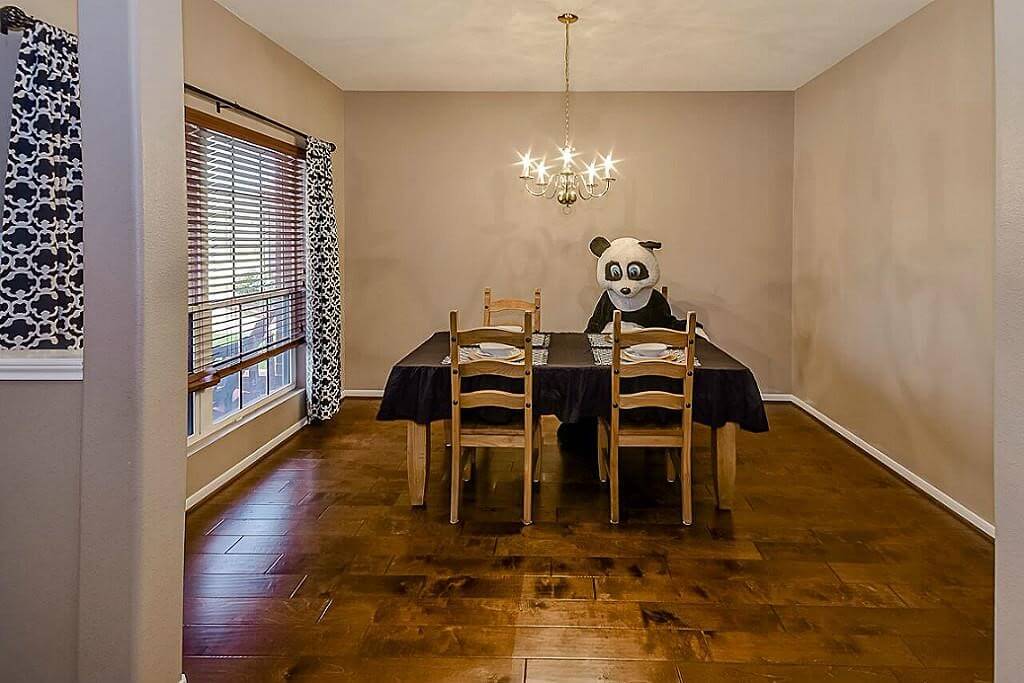 Another staple of ‘fantastic’ estate agent photos belongs to the ‘houses that look like the set of horror films’, like the image below of a room with an entire collection of dolls. Imagine them looking at your every night as you try to go to sleep. 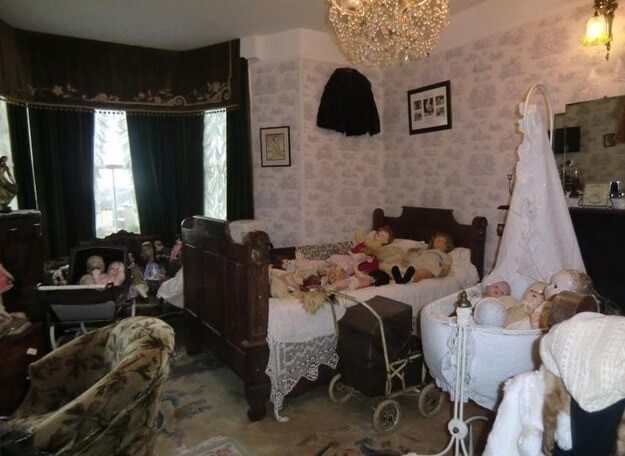 On the more ‘why’ side of things, homeowners presumably wanted to display the depth of space in their house and the range of activities prospective buyers could partake in. And no, we’re not sure what the estate agent/seller was thinking either.

Do you want to sell a property?

At Lisney, we are experts in selling houses and we won’t fall into any of the traps above. Unlike the stories you’ve just read, we’re committed to showing properties in the least-dramatic and safest way possible!

If you have a question about viewing a house, get in touch or follow us on Facebook, LinkedIn, and Twitter. If you enjoyed this article, please share it by pressing the social icons below.