For hundreds of years, Irish literary legends Bram Stoker and Oscar Wilde have sent shivers of fear down readers’ backs with tales of blood-sucking vampires and ghostly hauntings.

But what about tales from modern Ireland?

While the list of haunted abbeys, goals and sprawling estates could go on until the next lifetime, today we're taking a look at six of Ireland's best known haunted houses.

We’ll let you decide whether you believe them or not!

Loftus Hall's haunting tale is something straight out of a ghost story. To set the scene, imagine a dark and stormy night on Wexford's Hook peninsula, when a sudden rap at the estate door interrupts Sir Charles Tottenham's card game.

The dark stranger at the door was invited in and out of the rain, but when a young lady at the table dropped her cards and peered under the table, she realised he was no typical card shark. The sight of the stranger's cloven hooves frightened the woman to death and it is said that her ghost - and that of the mysterious devil - haunts the halls to this day!

The famous home was recently listed for sale, offering 22 bedrooms, a private beach and maybe an otherworldly roomate or two!

Ahh the Dublin Mountains. Ideal for a forest walk...or a nighttime haunt!

The Hellfire Club is a popular Dublin tourist attraction, although probably best known for the abandoned hunting lodge that has been made infamous over the years. According to legend, members of the Hellfire Club practiced black magic and spent less time organising charity fundraisers and more time summoning the Dark Lord.

Today, those brave enough to visit The Hellfire Club in the dead of night have reported strange smells and an eerie vibe. Maybe the meetings haven't stopped after all!

Malahide Castle certainly takes the cake for hauntings. Spooky sightings are apleanty in this 800-year-old estate, and no less than five ghoulish apparations regularly wander the grounds.

Perhaps the most famous Malahide Castle ghost is Puck, castle jester and unlucky-in-love spirit, who fell for the Lady Elenora Fitzgerald. When the match was deemed unsuitable, the story gets a little foggy. Some say Puck took his own life, others claim he died by mysterious circumstances.

Either way, with his last dying breath he vowed to haunt the grounds for the rest of eternity. Today, that takes the form of photobombing visitors and tourists stopping to snap a pic at the castle!

Described as offering a ‘gracious living accommodation in privacy and seclusion’ the Sharon Rectory sounded like an ideal property for a family looking for peace and quiet in the countryside.

However, there was a gruesome story behind the supposedly haunted house. In 1797, a double murder occurred in the house, with rumours of the deceased haunting the property in the centuries since.

A ‘blue lady’ was said to haunt the house nightly. With a guide price of €1.5 million in 2006, the house offered great value and a historic twist for buyers who weren’t afraid of blue ladies who go bump in the night.

Ghost Catcherie is the personal blog of an Irish paranormal investigator. In a blog entry dated August 2010, the investigator tells the story of a family home in West Cork that was plagued by a poltergeist.

According to the family, the house was haunted by two spirits: one harmless and one sinister. At the peak of the haunting, the family heard the ghost of a spirit through the baby monitor saying “don’t worry, I’ll look after you.” 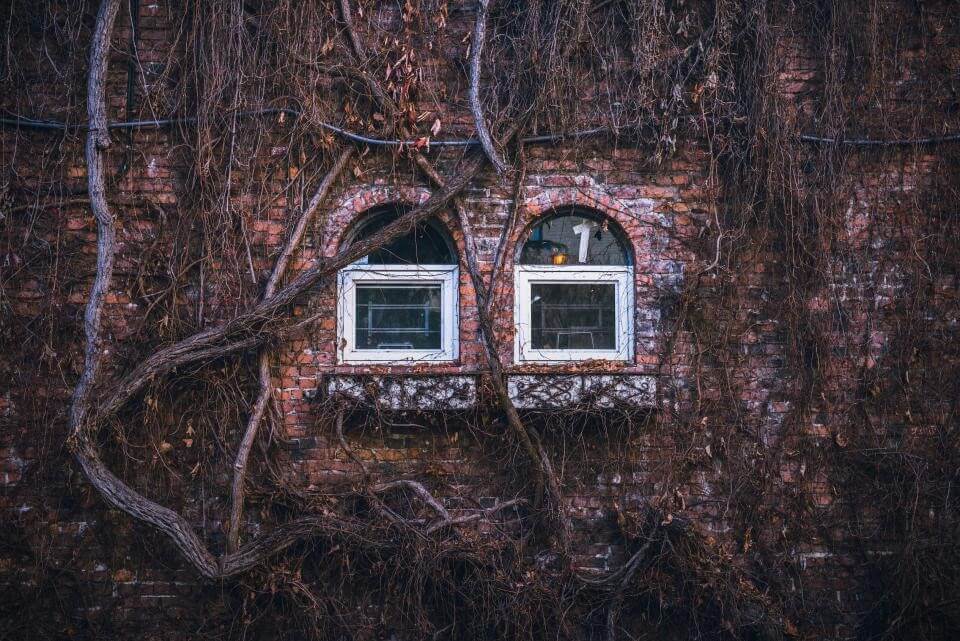 In 1985, an RTÉ news bulletin told the story of the Courtney family who left their council home in Ballymahon because they believed it was haunted. Speaking to RTÉ, family matriarch Mary Courtney told how she heard strange noises like a ‘heavy flapping…just like an animal with chains.’

Following months of unexplainable noises, flickering lights, and ghostly disturbances, the family called in the help of the local church.

If you’re looking for a Halloween-y scare, the news bulletin is available to watch in the RTÉ archives here.

Need a spookily good estate agent to sell your home?

At Lisney, we are experts in buying and selling houses with over 80 years’ experience in local markets.