Ireland through the decades: How has the property market changed in 60 years?

Ireland through the decades: How has the property market changed in 60 years?,

T.K. Whitaker released the seminal paper ‘Economic Development’ in 1958 – and with it came a seismic change in economic policy. Indeed, many economists credit Whitaker with starting the process that allowed Ireland to join the EEC (now the EU) in 1973 and the Single European Market in 1973. 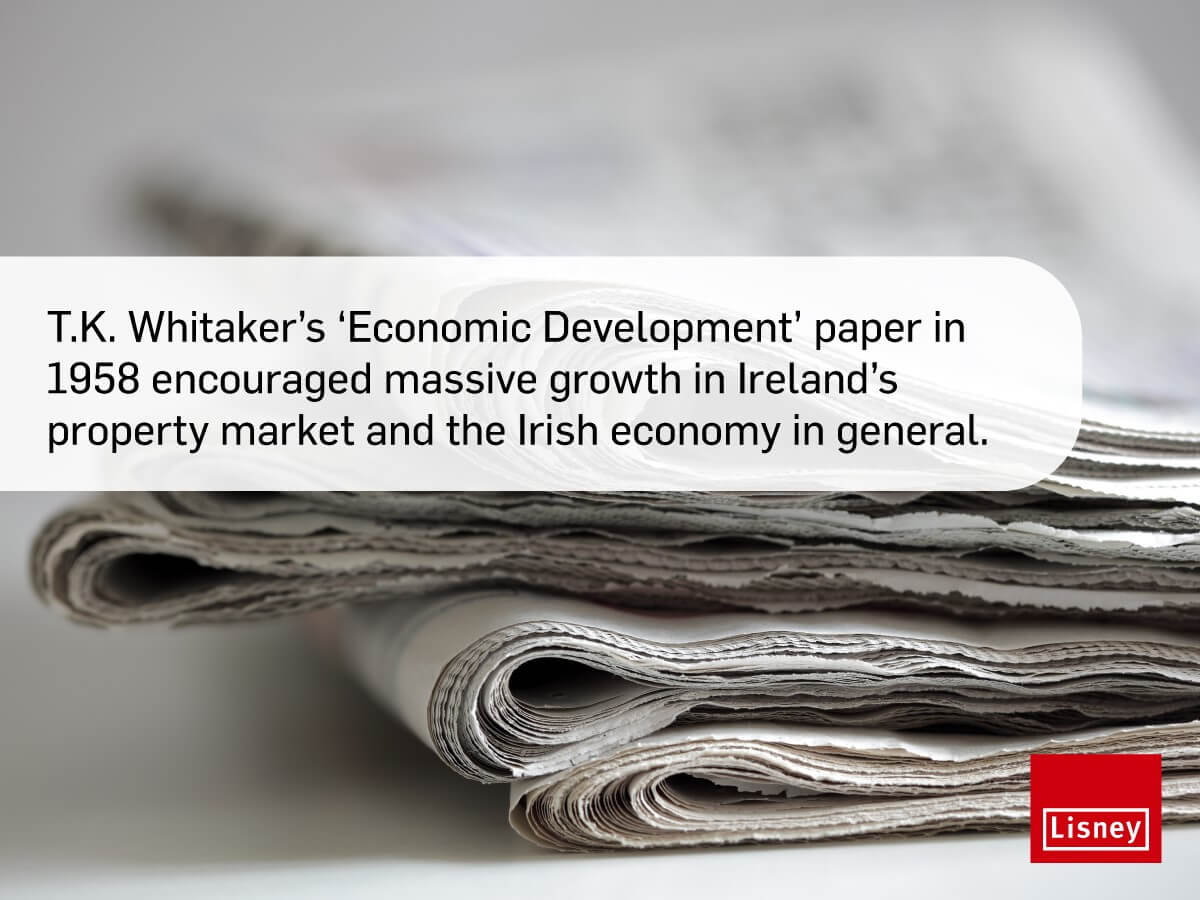 When Whitaker released the paper, Ireland’s economy was performing poorly with low growth rates and a massively underdeveloped infrastructure network – but the changes made as a result of Whitaker’s intervention meant that Ireland could welcome the end of protectionism and allow greater productive investment in property.

Echoes of the future

Lisney has been producing year-end reviews of the property market for decades. In fact, some of the earlier statements made in those reviews are echoed in what we hear about today’s property market.

The 1960 year-end review talked about a “levelling off” of house prices and how “very little impetus was required to bring about a better balance.” As with the beginning of the market recovery in 2012, this improvement was “first felt in the conveniently situated modern houses but it spread, and in some categories, the demand exceeded supply.”

Into the 1960s there was a supply issue with new houses “slowly” meeting demand but there “may be some overall hesitation resulting either from Ireland’s acceptance or rejection of the Common Market.” 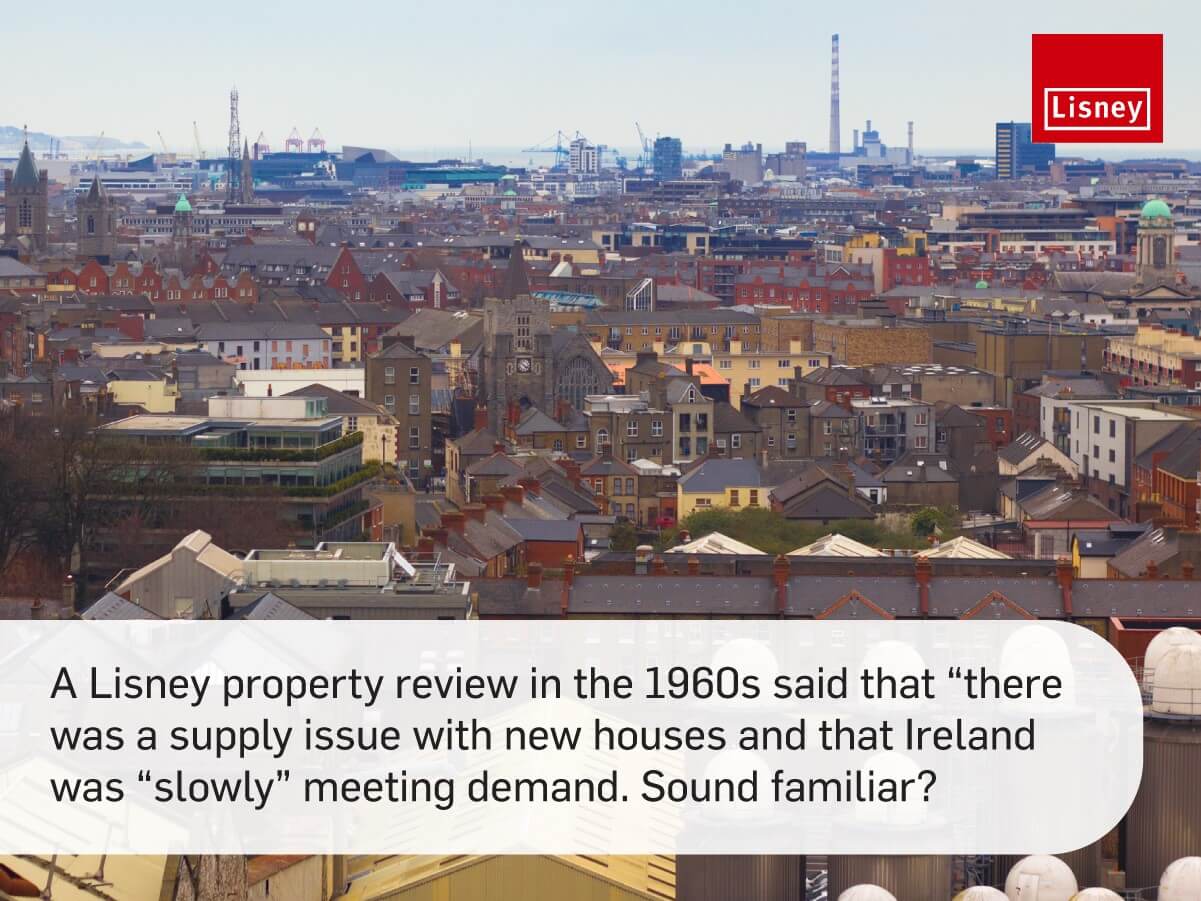 With an eye on the commercial side of the business, 1960 was a critical year for the modern office sector with the first purpose built modern office constructed on Dawson Street in Dublin.

It was also commented upon that a “notable movement has been the further extension of the south city office area into the Pembroke district” (Dublin’s Georgian quarter) but “this has resulted in premises being left vacant in the city centre, especially the back streets.”

The introduction of land-use zoning in the mid-1960s was a new, unknown and topical subject. It was deemed wrong that “a different colour on a town planning map should mean one owner can obtain up to four times more for his property than his unfortunate neighbour.” Today, the importance of zoning is acknowledged and we are aware that good town planning cannot be dismissed.

Industrial development and land speculation were also features of the market. The government’s grants to “aid and encourage” industrial were seen as a success, reflected in the good levels of demand in the Shannon Development Project; as well as throughout the country. 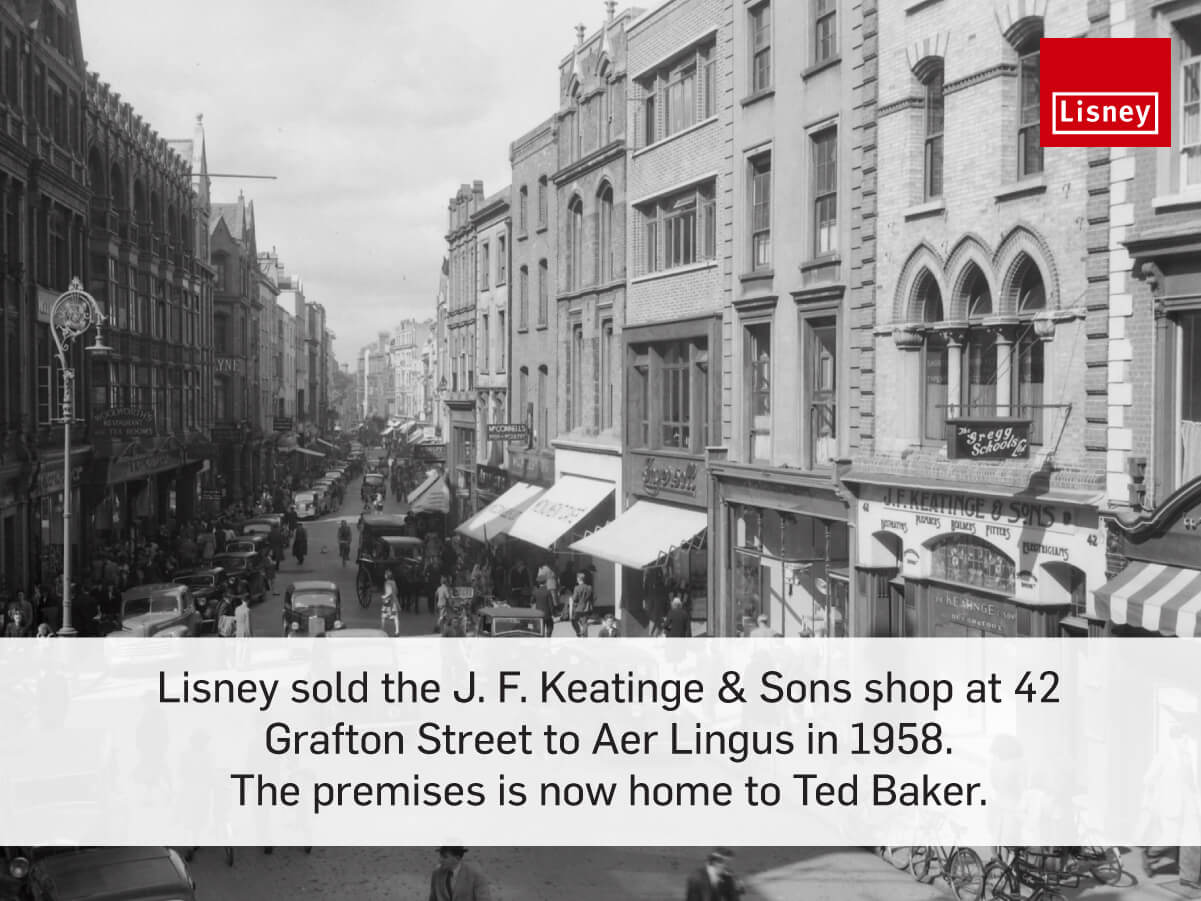 But it also “assured a steady demand for modern office space” and in Cork there was a notable increase in demand for units “on or convenient to South Mall.”

However, the entry into the EEC didn’t raise the economic pulse as much as one might envisage due to external forces like the Oil Crisis (when OPEC issued an embargo on oil production and the price of oil quadrupled within a year leading to fuel shortages throughout Europe).

At one stage in 1979, Ireland had just four days’ supply of oil and major industries across the country were faced with shutdowns. Luckily, that was averted but petrol stations across the country experienced four-hour queues with people panic-buying fuel.

In economic and property terms, the 1980s was somewhat of a lost decade. Apart from the formation of the Irish Financial Services Centre (IFSC) in 1987, there was little of note happening in the property market, or indeed in the country at large. Emigration reached record levels with 206,000 Irish people leaving the country in the decade.

By the 1990s, Ireland was a very different country. When the European Single Market was created in 1993, it allowed Ireland to have unrestricted access to the second-largest trading bloc in the world. This move was the single biggest factor in Ireland attracting huge American companies like Dell and Intel in the 1990s – a trend we see continuing to this day with the likes of Facebook, Google and LinkedIn all based in Dublin.

Ireland’s gateway to the future

However, like Ireland’s initial entry into the EEC, the general economic conditions in the country weren’t ideal at the time. The Lisney 1992 year-end report found it “difficult to be optimistic in the short-term” with interest rates and inflation notable problems. 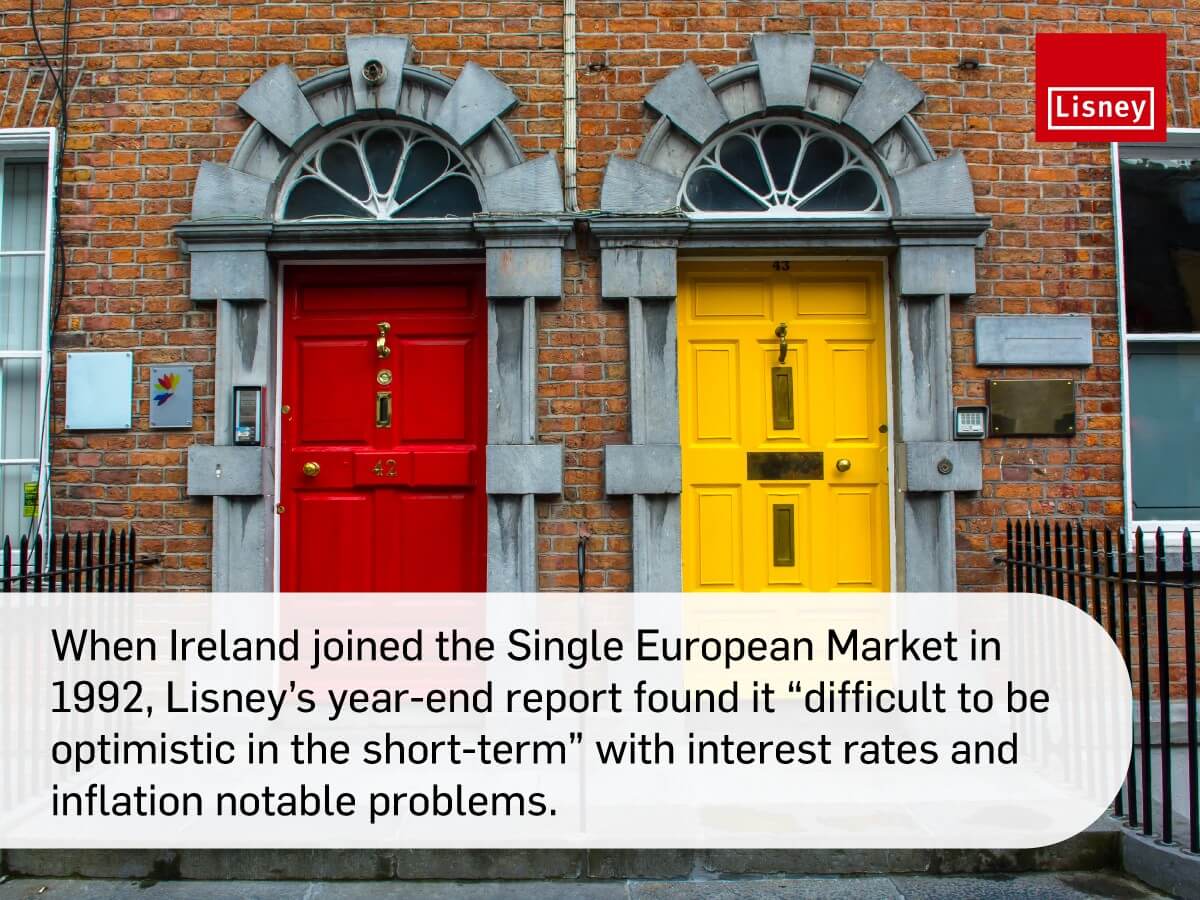 1993 was seen “as the year in which time seemed to stand still” with many waiting for improvements, however there was “fair optimism” at the end of 1994.

By 1996, property had “well and truly re-established itself as a desirable investment” with or without “tax relief benefits.” The following year saw an increased number of developers commence construction on “sites which had lain idle for a number of years.”

This was the start of very strong levels of new building completions and take-up in the commercial sector. The residential market too was “extremely active” with “buyers often shocked by the level of competition” and “premium figures being achieved.”

This was the beginnings of the Celtic Tiger era and the rest, as they say, is history.

Want to find out more?

As you can see, Lisney has had its finger on the pulse of the Irish property market for generations now. If you want to experience the benefit of our knowledge then get in touch today. From a new home to a new office, we’re the market leaders for a reason.